The CAP is not halting biodiversity decline caused by intensive farming, the EU Court of Auditors says 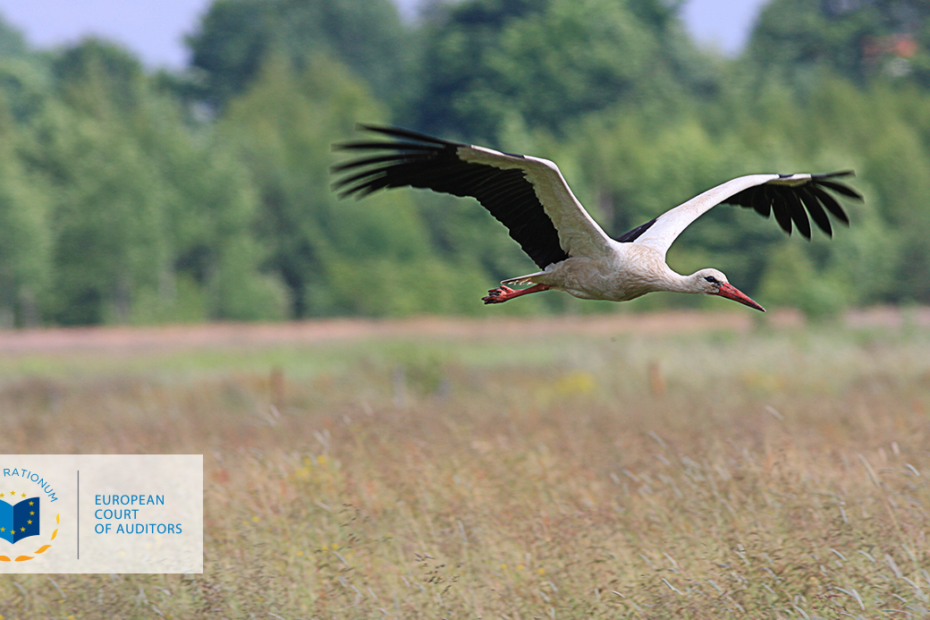 The common agricultural policy (CAP) was not effective in reversing the decades-long decline in biodiversity and intensive farming remains a main cause of biodiversity loss, according to a new report by the European Court of Auditors (ECA).

The auditors found gaps in the EU 2020 biodiversity strategy and its coordination with the CAP. Moreover, the Commission’s tracking of CAP spending on biodiversity is unreliable and most CAP funding has little positive impact on it. Some CAP schemes have greater potential to improve biodiversity, but the Commission and Member States favoured low-impact options.

In Europe, the number and variety of species on farmland have declined over many years. Since 1990, populations of farmland birds and grassland butterflies – a good indicator of changes – have decreased by more than 30 %. Intensive farming has led to a down turn in the abundance and diversity of natural vegetation and consequently animals, and remains a main cause of biodiversity loss.

In 2011, the Commission agreed a strategy to halt biodiversity loss by 2020. It committed to increasing the contribution of agriculture and forestry to maintaining biodiversity and aimed to bring about a “measurable improvement” in the conservation status of species and habitats affected by agriculture. The auditors assessed whether the CAP had helped better conserve farmland biodiversity and how the EU was achieving its targets, visiting Cyprus, Germany, Ireland, Poland and Romania.

“The CAP has so far been insufficient to counteract declining biodiversity on farmland, a major threat for both farming and the environment”, said Viorel Ștefan, the ECA Member responsible for the report.

“The post-2020 CAP proposal and the 2030 biodiversity strategy aim to make the CAP more responsive to challenges such as biodiversity loss, climate change or generational renewal, while continuing to support European farmers for a sustainable and competitive agricultural sector.”

The auditors found the EU’s biodiversity strategy to 2020 had not set measurable targets for agriculture, making it difficult to assess progress and the performance of EU-funded actions. In addition, there was poor coordination between EU policies and strategies dealing with biodiversity, which resulted, for example, in failure to address the decline in genetic diversity – a subset of biodiversity.

CAP direct farm payments account for around 70% of all EU agricultural spending, but the way the Commission tracks CAP spending benefiting biodiversity is unreliable, as it over states the contribution of some measures to biodiversity. Moreover, their effect on farmland biodiversity is limited, or unknown. Although some direct payment requirements, notably “greening” and “cross-compliance”, have the potential to improve biodiversity, the Commission and Member States favoured low-impact options such as catch or nitrogen-fixing crops. The auditors also found the cross-compliance sanction scheme had no clear impact on farmland biodiversity and the potential of greening was underdeveloped.

Rural development programmes have greater biodiversity potential than direct payments, specifically those that support environmentally-friendly farming practices that go beyond the relevant legal obligations. However, Member States seldom use high-impact measures such as result-based schemes, as opposed to the less demanding and less beneficial (“light green”) ones more popular among farmers.